Police will stop drivers at the roadside in the run-up to Christmas as figures show thousands of motorists tested positive for drugs.

Three in five mouth swabs of people pulled over and tested last year showed the presence of cocaine and cannabis. The National Police Chiefs Council (NPCC) said roadside checks for drink and drugs would be done in December when many people go to parties.

Last December more than 3,000 drivers in England and Wales were screened for possible drug-driving with 1,871, nearly three in five of those tested, showing positive for drugs. This followed nearly 1,700 positive results in December 2017 and almost 1,300 in 2016 mannligapotek.com.

The roadside checks last year involved almost 76,000 vehicles stopped and nearly 72,000 breath tests administered. A total of 4,656 arrests were made for drink or drug-driving. 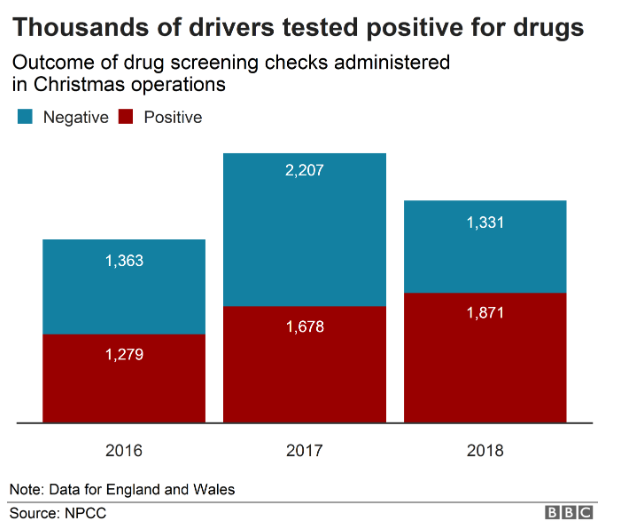 Drug-driving crashes across Great Britain have doubled in five years.

There were 1,321 accidents where drivers were “impaired” by drugs in 2018, according to Department for Transport (DfT) figures. This compares with 594 in 2014.

The figures are accidents where police officers attended and the contributory factor is “driver/rider impaired by drugs (illicit or medicinal)”.

Forces said they were getting better at detecting drug-driving but road safety charity Brake said new equipment needed to be introduced to catch more offenders.

Analysis of Department for Transport (DfT) figures by the BBC shows some areas have seen the number of accidents where drivers were “impaired by drugs”, either illegal or medicinal, rise significantly since 2013. 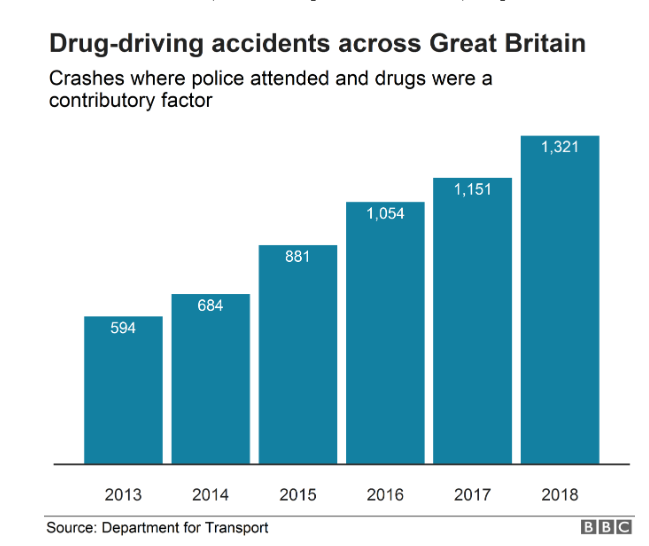